I'm Not A Slacker

I've been busy on the school and woman front. Yeah. That's the ticket!

So to make up for lost days I present these to you: 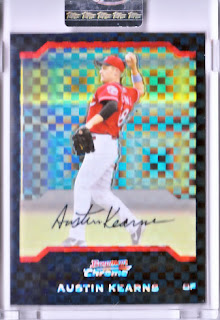 As you can see here Austin just jogged in and caught a popper off the bat of Andruw. When he was good. 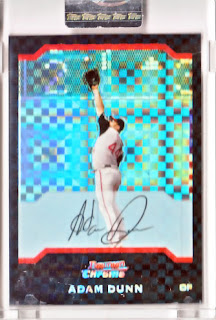 Adam showing some skill while wearing the Holllywoods to cut down on the X-Fractors sheen as he leaps to rob Mike Piazza of a homer. 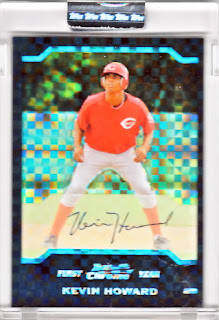 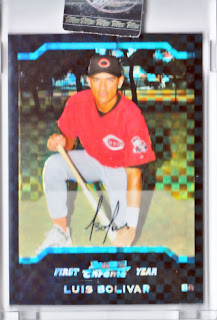 Luis is obviously in a Little League ball park. 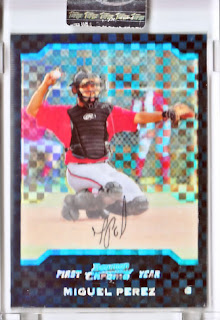 Miguel is known as a pretty good game caller and a strong arm you do not run on. If he develops a bat he will be in the bigs. 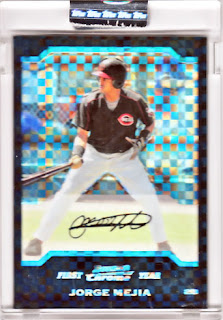 Jorge is showing his stare that scares the crap out of pitchers of an Arizona League leading hit. 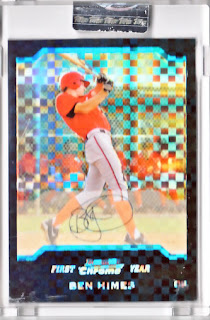 The swing that won the opening game of the 2003 Pioneer League playoffs with a three person quadrangular trot in 2003.

If anyone knows the where abouts of the Ken Griffey Numbered 005 / 172 let me know. We can work something out.
Posted by Bay Rat North West at 4:28 PM

Nice XFractors. I have no idea on how to even get uncirculated cards. I like the site design. Good job.

Simply sickening. Too bad no Griffey :(

jeff: I actually picked up this set or under six dollars with the shipping 3 weeks ago on ebay

brad: I have a lead on the Griffey!